Achievement reflects the Company's commitment to safety, customers and a more sustainable world

PHOENIX, May 10, 2022 /PRNewswire/ -- Republic Services, Inc. (NYSE: RSG) today announced it swept all National Waste & Recycling Association (NWRA) Driver of the Year awards in the national category for the second year in a row. The four winning Republic employees demonstrate the Company's commitment to safety and superior customer experience.

"At Republic Services, safety is our number one priority, and there is no greater honor in this industry than to be recognized for a career dedicated to safety," said Jon Vander Ark, president and chief executive officer. "On behalf of Republic's 39,000 employees, I congratulate Frank, Jason, Kevin and Richard for their consistent commitment to adhering to our rigorous safety standards. Their accomplishments are an example of how we're putting sustainability in action."

The Driver of the Year awards recognize drivers who safely operate their trucks, maintain a superior performance record and enhance the overall safety and image of the environmental services industry in eight categories.

Two of Republic's ambitious sustainability goals are tied to specific safety metrics.  These include reducing our Occupational Safety and Health Administration Total Recordable Incident Rate to 2.0 or less and having zero employee fatalities.  Since 2006, Republic drivers have consecutively won various categories of NWRA's Driver of the Year awards, further showcasing the Company's commitment to safety. For the first time since the awards' inception, there was a tie for Residential Driver of the Year among two Republic drivers.

2022 National Commercial Driver of the Year: Frank Epps
Based out of Republic Services' Springfield, Mo., division, Frank Epps has spent the past 18 years with the Company. Frank began working at his family's waste disposal business after school. Over the course of his career, Frank developed a passion for safety and a commitment to customer service that is second to none. He credits his family, faith and community with his success.

2021 National Industrial Driver of the Year: Jason Tavares
Jason Tavares is a 28-year Republic Services driver, currently serving the Yorktown, Va., division. His father was a driver and introduced him to the industry, where he began his career. Jason has been a part of the Virginia team for the entirety of his tenure and considers his coworkers to be family. His supervisor says Jason embodies what it means to be Committed to Serve, one of the Company's values, as he tirelessly works to take care of customers and the community. York County's waste services manager stated that Jason brings "integrity to the York County operations."

2022 National Residential Driver of the Year: Kevin Johnston
Kevin Johnston has been a residential driver with Republic Services in Mt. Vernon, Ill., for 14 years. He's passionate about his career, family and his customers. Kevin is respected by his entire team and is often referred to as "Superman." His operations supervisor states, "Kevin embodies Customer Zeal and the Republic Way … he comes to work with a desire to go the extra mile to take care of his customers like it was the first day on the job."

2022 National Residential Driver of the Year: Richard Denshuick
A proud member of the Republic Services team in Philadelphia, Pa., Richard Denshuick has been with the Company for 12 years. Rick has spent the majority of his career as a driver but has also committed his time and expertise toward training new drivers. He is admired and respected by his peers and is known to always lend a hand when he can. Rick's commitment to safety and customer service have solidified him as an invaluable member of the team. 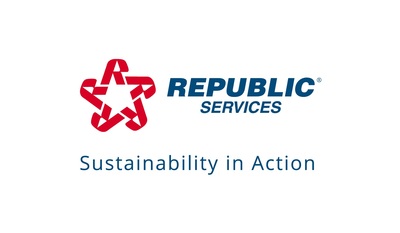